Jacob van Loon is a painter.

My name is Jacob van Loon. I am a 25 year-old visual Artist based in Chicago. I graduated from Northern Illinois University in 2011 with a BFA in Illustration. My freelance work is a hybrid of the formal background in Graphic Design and Fine Arts training attained prior to Northern. I am currently looking for a Design job which caters to that method. My paintings focus on an analytic synthesis of data, which started from studies on early national highways, and the Russian Avant Garde. 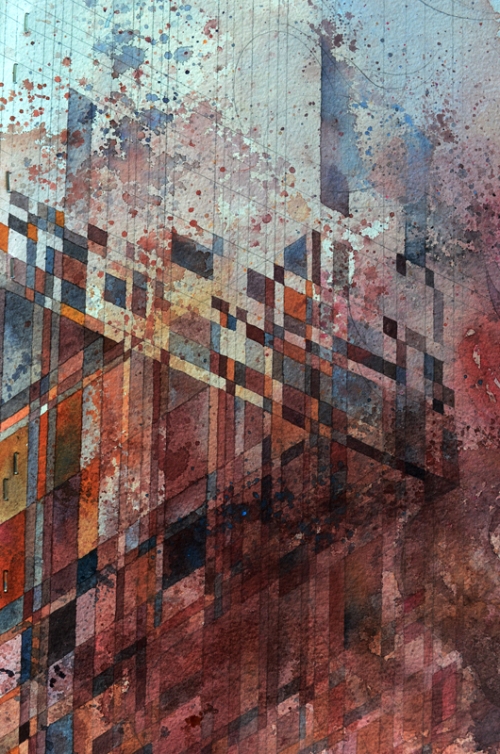 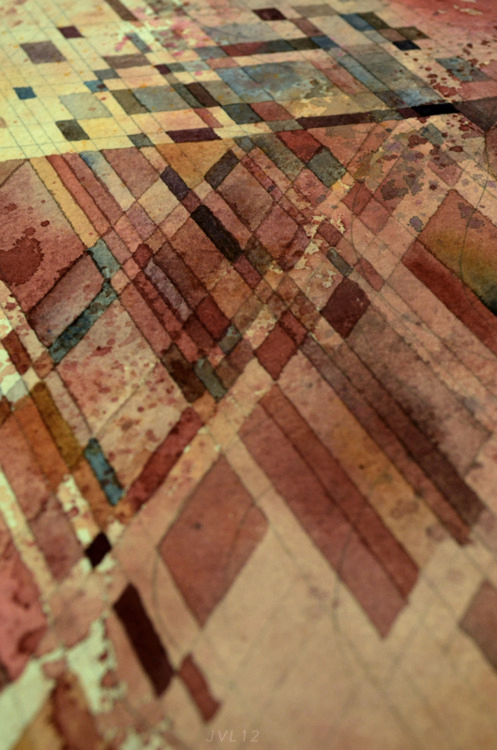 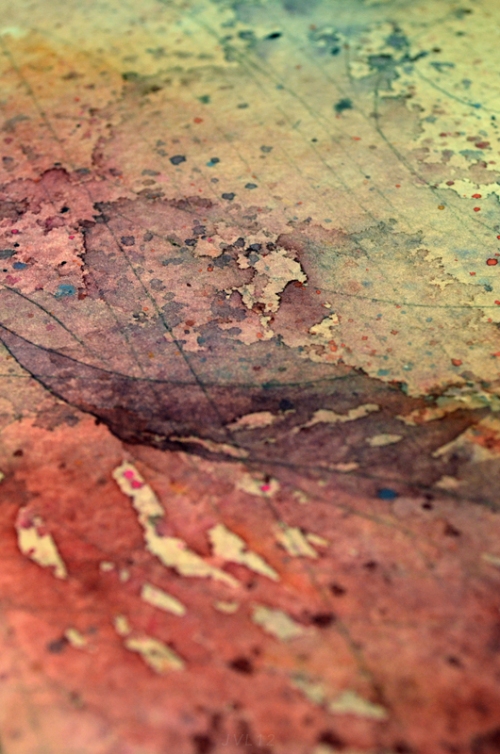 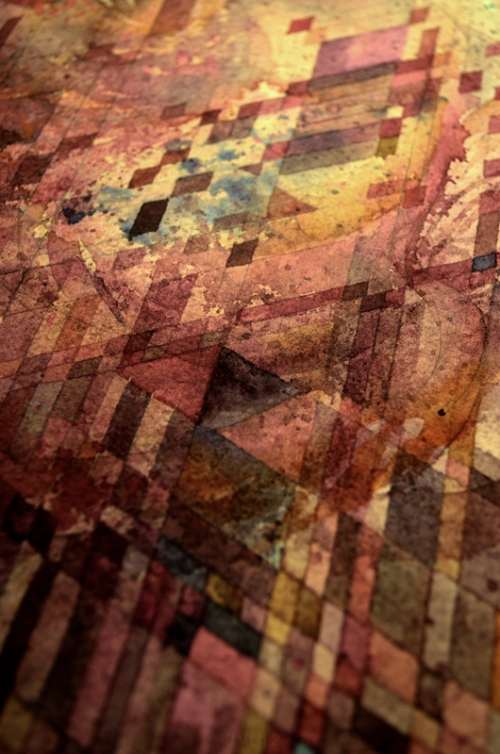 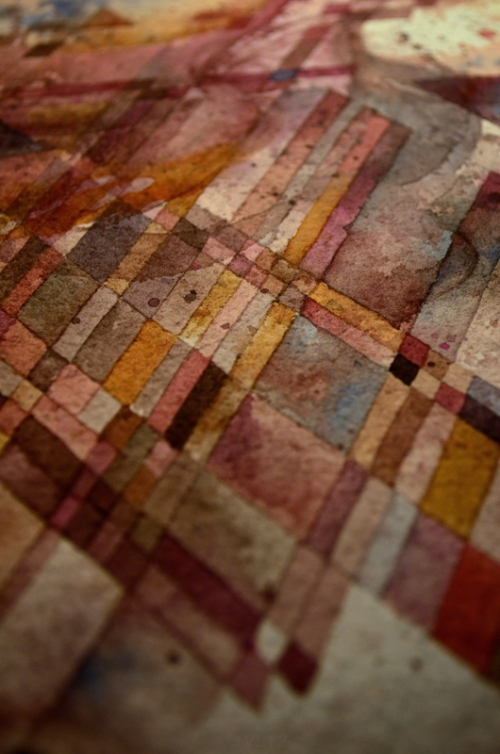 What the World Needs: 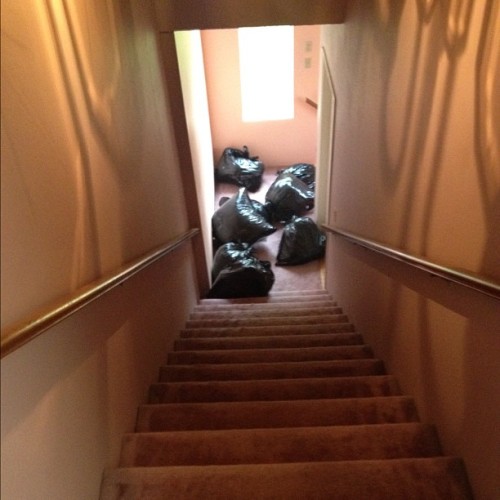 Is LOADS more video’s by RYAN TRECARTIN. Oooh, and if you are on twitter, be sure to follow HIM THERE, because he’s turning that medium into a crooked world as well…

here’s my number call me maybe #freedownload http://instagr.am/p/InCP54mZn0/
She came of age like novel to got column with it #twentyfourseven
#justheard “he just seems unrealized”
@maureenjohnston Mia & the Pro — bought both #drunkshoppingproblems
a lot of All The Way Live , but …Who Edits Well ¿

and loads more there…

One Thousand Means of Escape 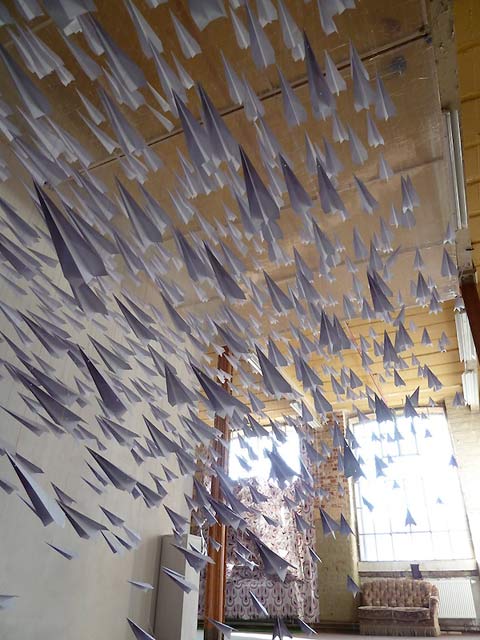 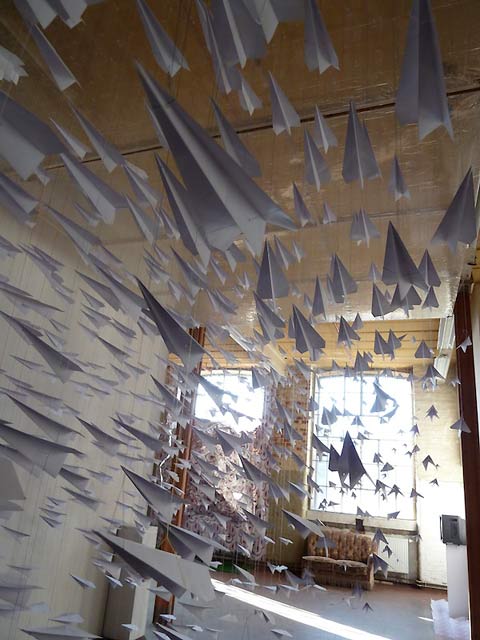 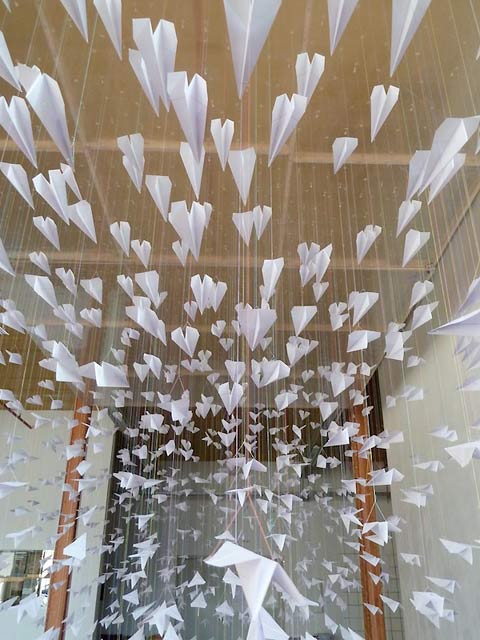 Really nice work by S. Astrin Bin. What does kinda bother me though is how much it looks like this work by Dawn Ng: 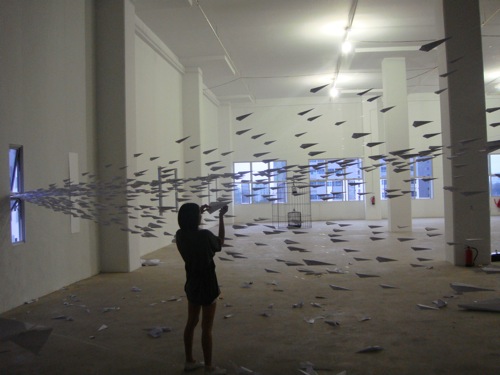 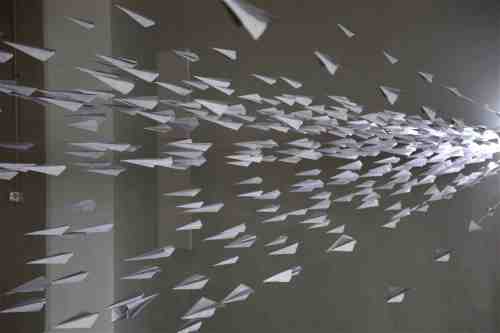 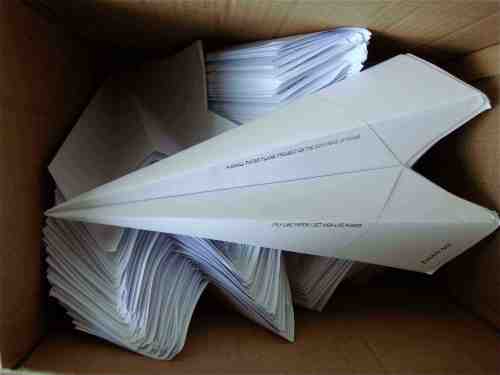 of course, inspiration will flow and they might not even know of each other’s existence, but still… if you have an idea, you don’t think to google to see if it has been done already? if you are a visual artist, it’s always a good idea to double check these things? Maybe this is my own personal hang-up though. I can’t recall the last time I checked older references of work before embarking on a project myself. Both artists were unknown to me, I found them through a couple of blogs. S Astrid Bin looks like she makes some interesting installations and does some nice performances, Dawn makes more 2d work, kinda standard, but some of her work and installations are really REALLY excellent! check out more on them here:
S ASTRID BIN
DAWN NG 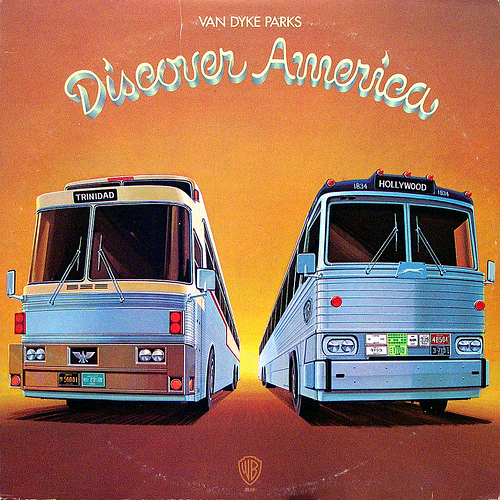 When 80,000 barrels of oil spilled into the waters of the Santa Barbara Channel in January of 1969, the crudesplattered water, beaches, and birds along the California coast in its aftermath became the symbols of modern ecodisaster. While the ensuing public outcry helped hasten the formalization of the environmental movement as we now know it, for musician Van Dyke Parks, the spill and “the revelation of ecology,” as he calls it, was a very personal, life-altering occasion. “It changed my M.O. and changed my very reason for being,” he says. The Union Oil rig rupture in Santa Barbara made Parks go calypso.

“When I saw the Esso Trinidad Steel band, I saw myself in a Trojan Horse,” he says. “We were going to expose the oil industry. That’s what my agenda was. I felt it was absolutely essential.” From 1970 to 1975, Parks waged awareness of environmental and race matters through the music and culture of the West Indies, though in the end, “You don’t know whether to laugh or cry. That’s what makes Van Gogh go,” he says, “That’s what great art does.” Though Parks is referring directly to Esso Trinidad’s happy/sad steel drum sounds, he could just as easily be talking about his own experience during what we’ll dub the Calypso Years.

Over a five-year period, Parks produced albums by the Esso Trinidad Steel Band (1971) and Bob Dylan favorite, the Mighty Sparrow (Hot and Sweet, 1974); he also recorded his own calypso-inspired works, Discover America (1972) and Clang of the Yankee Reaper (1976). Born from his passion for popular song and launched at a time when grassroots protest was at an all-time high, Parks had every reason to believe calypso consciousness would prevail. But he hadn’t factored in the complications of taking on big oil, nor of touring the US with a 28-man steel drum corps from the Caribbean. He was unable to predict that the sessions with Mighty Sparrow would be fraught with rage, and that his efforts would earn him the enmity of Bob Marley, whose production requests he ignored in favor of calypso. And yet, you get the feeling he’d agree in one hot minute to do it all over again the exact same way if given a chance to revisit this section of his checkered recording history. READ MORE RIGHT HERE

It Could Have Been The Greatest Film Ever… 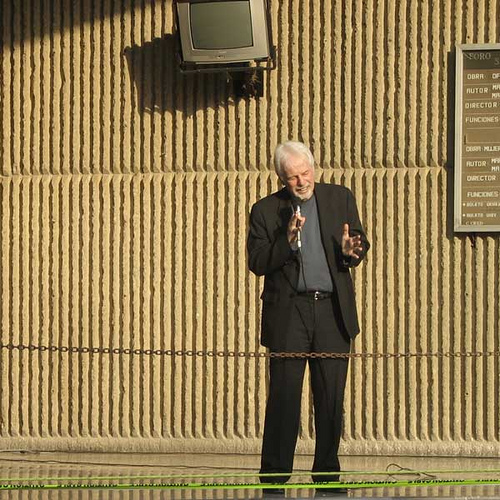 This guy is Alejandro Jodorowsky. He is one of the greatest and most original moviemakers ever since the start of cinema. Awesome films like EL TOPO and HOLY MOUNTAIN, and , what I consider to be his best one SANTA SANGRE, are all really weird and mystical. Visions of an original mind, projecting images through his movies. His genius lies in making cinema do things no one suspected it could; his attraction to the unfathomable has led to some of the most original and engaging storytelling in the history of film. Stuff like this is just visually and mentally challenging:

but what was to be his REAL masterpiece was a version of the novel DUNE. Attempted at a later date but the equally weird David Lynch, but let’s be honest, he couldn’t have touched this would be greatest film of all time.. a visual lsd trip, but without drug induced imagery. Many intriguing names were attached to the project: Orson Welles was in line to play the ultra-corpulent Baron Harkonnen, who can only move when he has anti-gravitational balloons attached to his limbs; Gloria Swanson (Sunset Boulevard), Mick Jagger, David Carradine (known then for the Kung Fu TV series and now for Kill Bill), Geraldine Chaplin (Dr Zhivago) and Alain Delon were in line for other parts. Each planet in the film would have its own designer and score. Reports suggested that the running time could be anywhere up to 10 or even 14 hours.

Salvador Dalí was cast as the insane Emperor of the Universe, who lived on an artificial planet built from gold and had a robot doppelgänger (actually conceived as a way around the real Dalí’s extortionate fiscal demands for appearing in person) to keep people guessing, fearfully, which one they were dealing with. He accepted the part with apparent glee, his only demand being that the Emperor’s throne must be a toilet made from intersected dolphins, the tails forming the feet and the mouths to receive piss and shit separately. (He thought it terribly bad taste to mix the two.) Dalí then insisted that he be paid $100,000 an hour to sit on it. He also deemed it essential that we see the Emperor defecating and micturating in the film — but a body double would have to do that for him. check this out:

and you will know what kind of megalomanic lunacy was involved in this project. Really awesome though. Let’s get the money together and let him do it. We’ll get Damien Hirst to play the Emperor this time…
more on this – read it here

Catch of the Day… 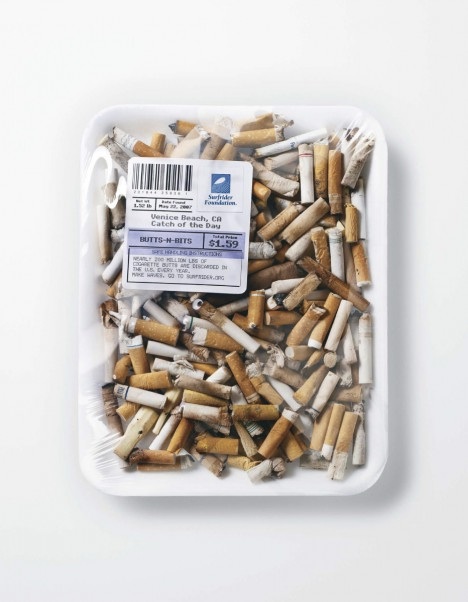 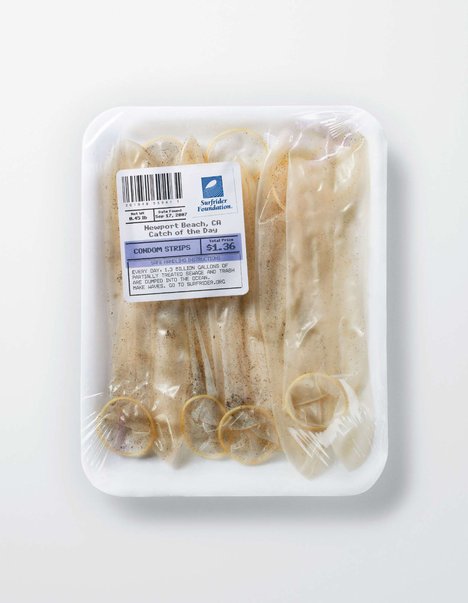 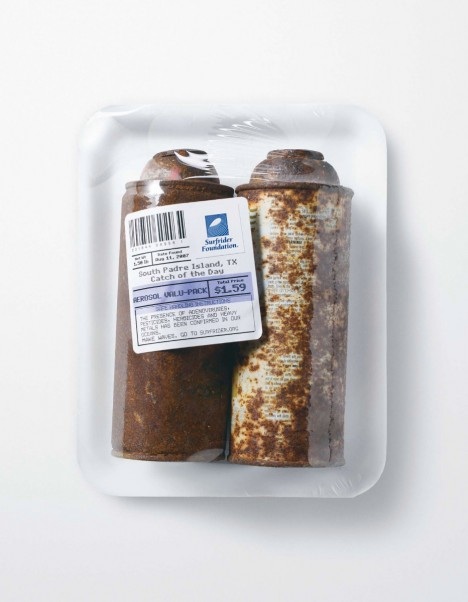 To bring some attention to ocean pollution and just how disgusting it really is, Surfrider Foundation teamed up with Satchi & Satchi LA to create “Catch of the Day.” Simply and brilliantly, they collected actual trash from beaches around the U.S., packaged it like food, and left it on display at farmer’s markets. It’s site-specific, appropriate, impacting, meaningful, shocking, and an actual consumer insight into the very act they’re in the middle of. Someone about to buy fish from the same ocean as the trash in their hands can’t help but be at least a little more enlightened as to how pollution isn’t someone else’s problem….

Born in La Belle Suisse, but Valérie Buess worked in Germany for the last 20 years with.. paper. She makes wonderfull and sometimes mesmerizing art with just folding, rolling or cutting paper. Next to that the 3D-sculptures are also shot in strange views. If you were looking for a new, recycled wallpaper stop looking and enjoy! This work reminds me a lot of one of our local artists, Suuz van de Vaart – who also creates new worlds of deadly cuddly factors, but with clay and plastic instead of paper….. (lifted offa – inlog.org) 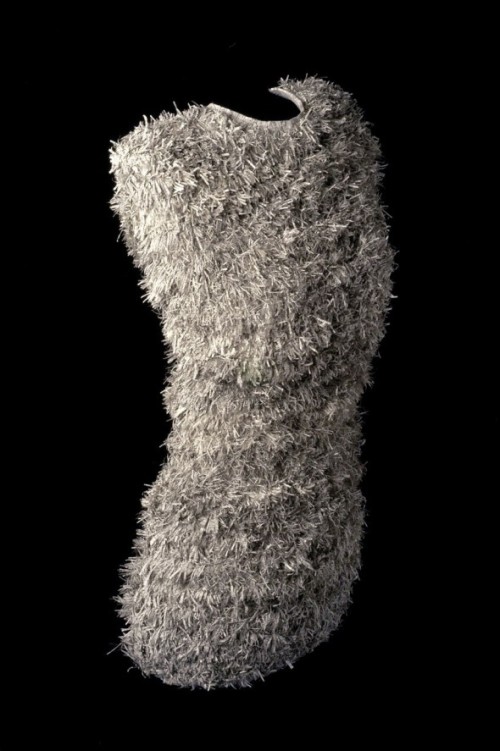 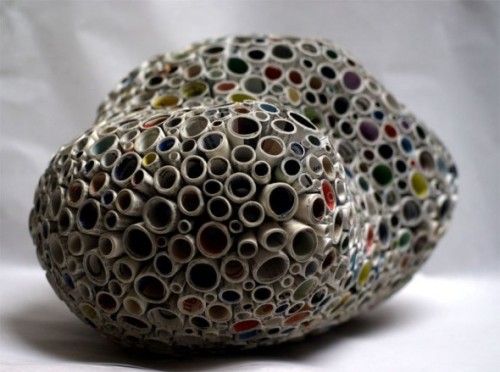 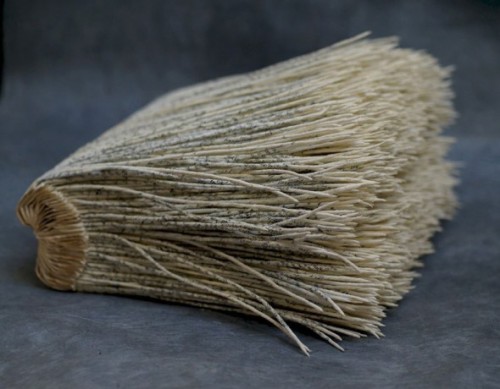 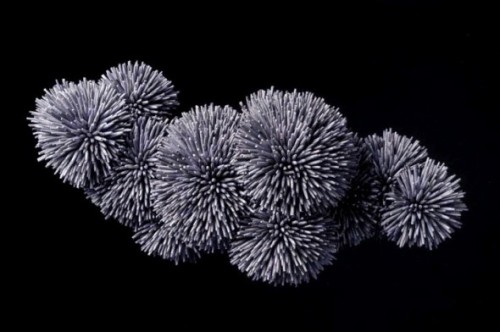 those who know, know we love our sushi… but this is taking it to the next NEXT NEEEEXT level.. watch some of the most gorgeous food I’ve seen in a while: 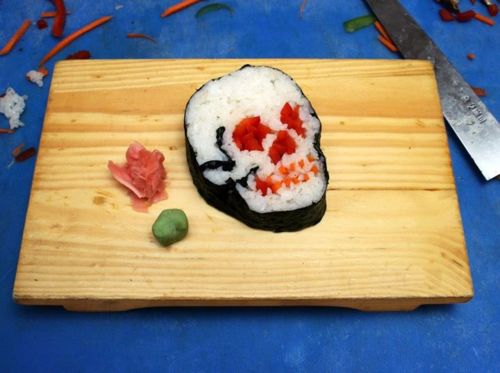 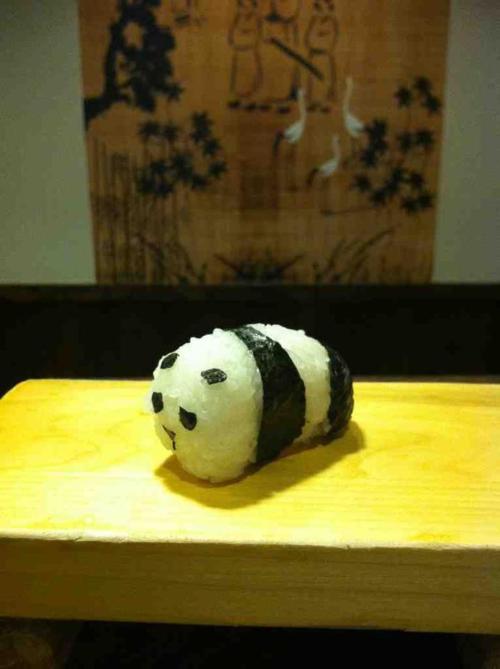 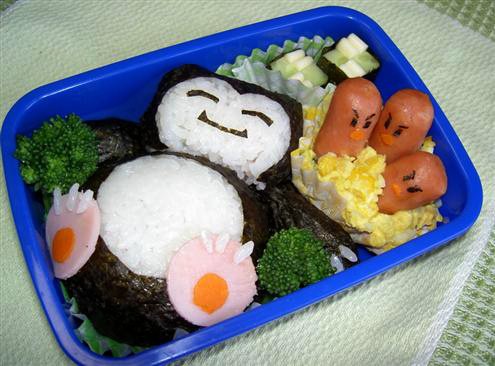 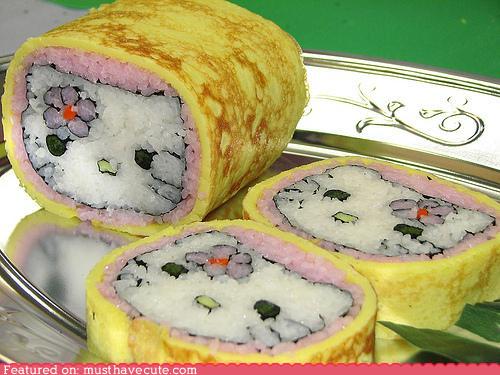 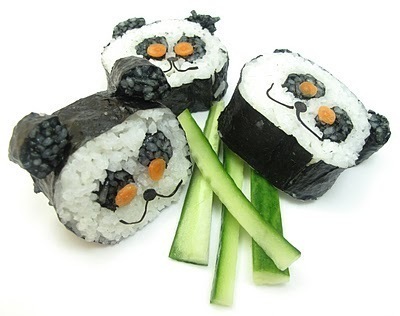 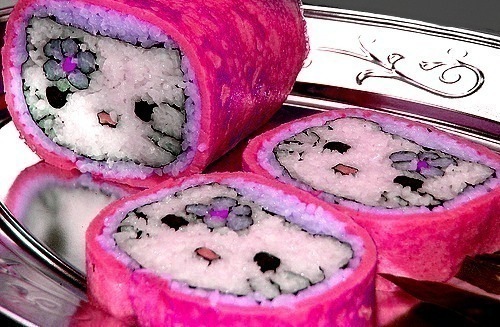 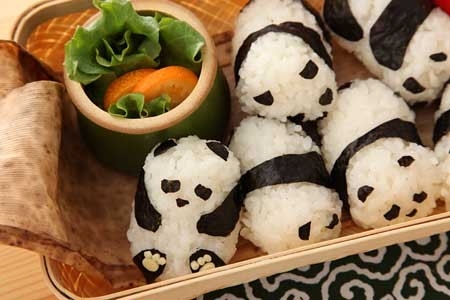 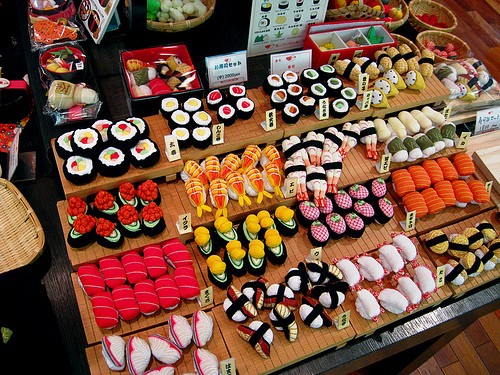 Back when computer graphics were the shit

all vote for VERMIN SUPREME please!